Burst pipes and the #sydneystorm

The Sydney Storm is upon us. The rain is relentless, the wind is howling and there have been a number of umbrellas that unfortunately won’t live to see another day. After two solid days of torrential rain, wind and thunder we are in for a third day of chaos.

Wild Water Plumbing is offering a special #sydneystorm offer this week in the wake of the extreme weather. With every call out to fix your bursting pipes we will offer a free CCTV inspection. We are on call for any of your urgent issues and will be available for all recon work following the storm’s damage. If you experience an overflowing drain, burst pipes or broken outdoor piping, don’t brave the storm alone, get in contact!

When it rains in Sydney, we all tend to go a little nutty, over the past few days the storm that has lashed Sydney has been a lot more serious than what we have experienced in the past. There are some crazy photos on social media of trees down, roads flooded, burst pipes and gale force winds moving huge objects like boats, cars and branches.

Even the harbour was affected by the stormy conditions, ferries were cancelled and a number of us were tricked by a fake video of a few guys surfing the swell in Sydney Harbour. 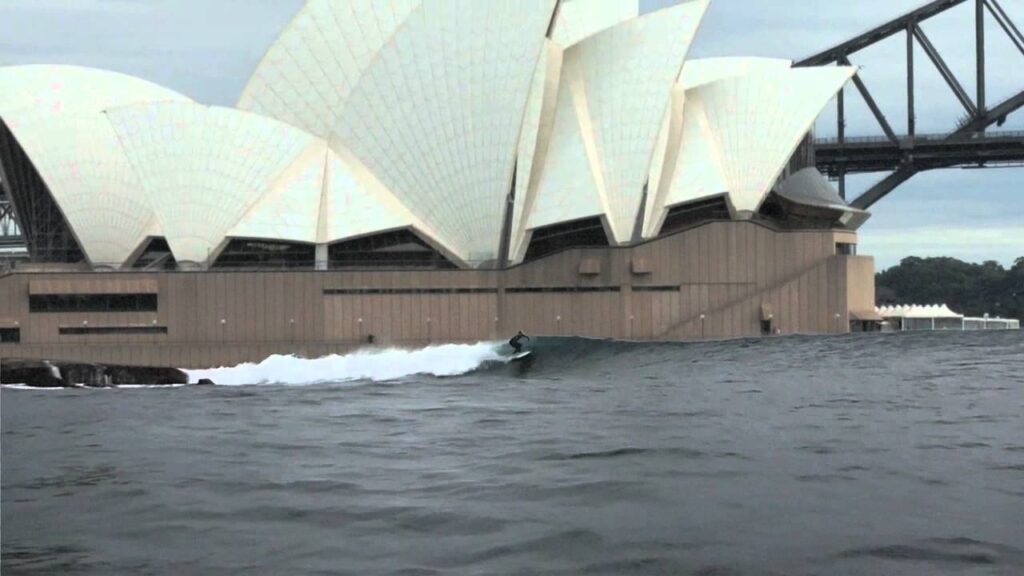 How will the storm affect my plumbing?

You might be wondering, how can a storm cause so many plumbing problems? With torrential rain, wind and drops in temperature our underground piping is under a lot of pressure. Sudden cold temperatures can crack pipes and lead to immense water wastage. It’s only at times like these that you realise the importance of keeping up with plumbing maintenance like keeping drains clean, clearing your guttering and repairing outdoor piping.

With a big storm like the one we are experiencing our pipes and drains also encounter great surges of water that can cause damage due to sheer force. Large objects and debris are also moved by the volume of water and can end up lodged in pipes causing them to burst. On top of that, the guttering on our roofs gets clogged with leaf litter, twigs and other materials blocking water flow. This has the potential to cause damage due to backed up rain water weighing the guttering down. If you experience burst pipes or any other problem thanks to the Sydney Storm call our emergency response service 0405 692 151.

Plumbing issues in your home aren’t the only problem caused by large storms. Avoid going near any beach swell, limit your time on the roads and ensure you don’t go near any fallen powerlines. Over 200 000 homes are experiencing power interruptions and the Insurance Council of Australia has declared the weather event a catastrophe.

Is it safe to be out and about?

Advice from authorities and news providers has called on the public to avoid all non-essential travel due to closed roads, falling trees, extreme winds and poor visibility caused by the heavy rain. Premier Mike Baird has called for employers to be understanding in letting their employees start their commute home early to avoid the fast deteriorating weather conditions.

Some weather experts have made statements that in other places in the world, this kind of storm would be classed as a category one cyclone. With gale force winds, Sydney experienced more rain in one day than it has seen in over 13 years.

Getting to and from work is proving to be an issue for many Sydneysiders with Manly ferries cancelled and a number of train lines interrupted by fallen trees and flooding. For those driving, go slow and don’t drive through flooded areas. We all want to get home in one piece. Use common sense and take the advice of the professionals if you experience an emergency situation. 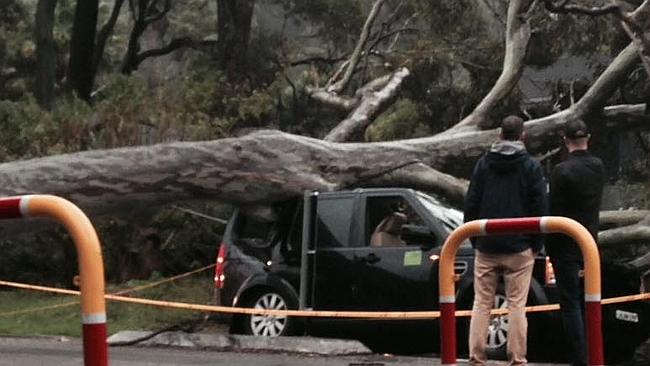 Car under a tree in Avalon Image Source: dailytelegraph.com.au

As the nasty weather rages on, stay indoors, park your car undercover and use common sense. The SES are working overtime and our emergency departments are receiving a large number of calls. If you require emergency assistance for a plumbing issue, we are available. Head to our Facebook for a special offer.

For any plumbing issue caused by the #sydneystorm give us a call at Wild Water Plumbing. After days and days of flooded roads, inside out umbrellas and damp clothes we feel it’s only right that we offer a free CCTV inspection on your pipes for all call outs this week if you mention our #sydneystorm Facebook campaign. Stay safe Sydney!

Hello, I’m Lucas and I’m the proud owner operator at Wild Water Plumbing. I’ve been a licensed plumber now for over 11 years. I started this business to offer an excellent quality of service at an affordable upfront price to the local North Shore and Northern Beaches residents – my neighbours.